​Dino's Music
On Spotify
Or I-Tunes 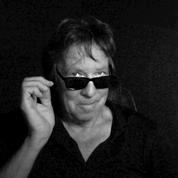 Dino Perelli is a multi-talented producer, writer, musician, and vocalist. He performs as "Dino Danger" and writes as "Dean Pearl".

"The Serum"
​by Dean Pearl

"The Adventures of Dino Danger - Volume 1"
by Dean Pearl

Dean Pearl is a writer and novelsist. His currently published titles are:
Sid ...    The Serum...   and... The Adventures Of Dino Danger
​all available on Amazon