"An outstanding performer" - What's On Magazine

"...I have hundreds of songs on my list, and my finger goes straight to your icon, and I never get tired of it!!!!"
Mauricio - From N1M

"That's what I call music! I have recommended your n1m page to all my friends!"
Nancy - From N1M

Dora - May 2021
" I've been listening to your music these last couple of days non-stop, I played your music for my friends at a dinner party, and everybody instantly loved it!" 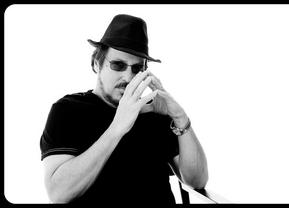 Guitarist and Lead Vocal in many of my own bands including:
The Reason Why - Whitewater - Smack - Dino & Friends - Perelli -
Dino & The Hard Ways - Stealer - On The Take -  Hollywood Band -
​Hot Breath - Force - & others.

"The Other Side of Vegas"- Host (Las Vegas TV show),

Entertainment Director for a chain of 4 Las Vegas casinos for 12 years.

Recording Artist:
Recorded first single (45 rpm) at 14 years old, with a band called "The Reason Why" on Cha Cha Records

Recorded second single on Ritz Records in 1981 as a solo artist,
"How can I say I love you, when you're sitting on my face"(comedy).

Gulf Oil.... Principle role in national commercial for Gulf Oil. It was played during The Super Bowl that year (1975) and Saturday Night Live

"The Other Side of Vegas"... Hosted a weekly TV series in Las Vegas featuring live local rock bands and interviews.

Wrote, Directed, Produced and Hosted "Vegas Rocks" and "The Other Side of Vegas"... TV shows in Las Vegas, Nevada

Produced, Edited & Directed infomercials for The Maxim Hotel and The San Remo Hotel

Produced & Wrote a 4 song E.P. for "The Danger Zone", a Las Vegas based band.